AN INVITATION TO SUMMERLAND...

There was a time when I thought the opportunity to share my songs publicly was a ship that had long been harbored for retirement.

But in 2017, after not having performed regularly for nearly six years, the winds shifted. The sails began to fill, and I soon found myself back at sea.

Four years, hundreds of shows, countless miles and one pandemic later, here we are. THANKS TO YOUR LOVE AND ENCOURAGEMENT, it’s finally time to release my debut record:  Geography.

When Kyle Reid and I set to work on this album, I had written more than 30 songs that were worthy of recording.  Of the songs we chose, many of them represent geographical locations from the road I've traveled. More importantly, each one also marks a specific snapshot--a postcard from my emotional and spiritual journey to this place in time, starting with the first keeper song I ever wrote and ending with the last song I finished before we started production.

Everything in between is a map of summerland—
the winding road home to Rigby Summer.

As an independent artist, no one is sailing this ship but me. But it’s foolish to think any of us gets where we are going alone.  This project is no different.

A brilliant team of talented friends has poured their heart, soul, voices, and instruments into these songs.

Countless others have encouraged and inspired me as they have allowed these songs to encourage and inspire them.

And now, this is your invitation to come aboard.

We are at the final push to bring this record home. Finding willing investors during this pre-order campaign is a critical part of bringing this dream out of the ether and into reality.

This will allow us to press the physical copies to CD for merchandising and promotion, cover the costs of a promotional campaigns in Europe and the U.S. and fund our merchandise package for tour.  Prioritizing these items will lay the foundation to continue to generate income as the album releases.

After that, I'll reveal the stretch goals that will allow us to fully fund the remainder of merchandise production, support the costs of touring this fall and winter and recoup costs I have already personally invested in production before the campaign.

To maximize celebration along the way, I've broken this campaign into micro-goals. Every time y’all hit a new goal on this campaign, I’ll give to a local or national charity. When we cross the ultimate stretch goal line, I'll host a full-band theater show here in Oklahoma and all backers are invited!

Here are some of the perks of investing during this campaign:

• IMMEDIATE download of the album--after this campaign ends, the album goes back in the vault until the streaming release later this fall

• unique limited items that are ONLY available during the campaign

I hope you’ll join our growing caravan. Let's see how far these songs can go.

And who knows? Maybe Geography will be the soundtrack for the journey back to your own dream. 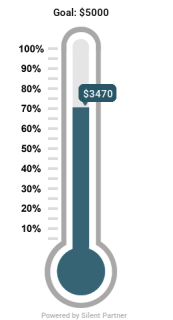 •Immediate Digital Download of GEOGRAPHY + my undying gratitude •A wild-card secret-super-special surprise sent to you sometime before the end of 2021.

ALL backers are invited to host a private listening room/house concert at the location of your choice. Put your location and preferred dates in the notes at check out and we will contact you to confirm booking.

*Each investment reward (including giving without a physical reward) includes an IMMEDIATE download of the full album!

*All investment rewards are PAY WHAT YOU WANT with a base investment listed for each item.

*If you are interested in how this money will be spent and/or sponsoring a specific line item for this campaign, you can view the list of cost breakdown and list it in the notes at check out!

READY TO GET STARTED??